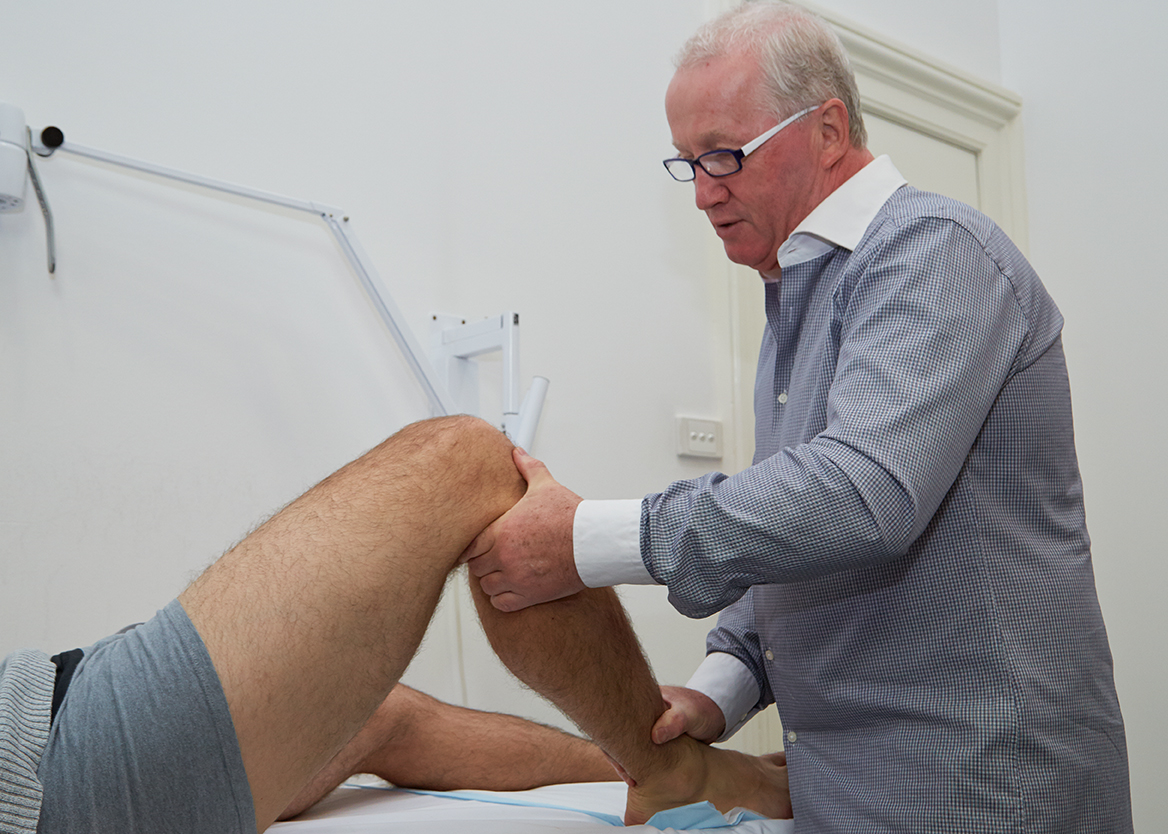 The anterior cruciate ligament (ACL) is an important major stabilising ligament within the knee. ACL sprains or tears are one of the most common knee injuries seen, particularly in those sports that involve twisting movements of the knee (such as football and netball). Unfortunately, ACL tears do not heal, often leading instead to instability of the knee.

When you injure your ACL you may hear a “popping” noise or a “snapping” sensation. You may also feel your knee giving way. This is followed by sudden pain and swelling. It may be difficult to walk for several days. The acute symptoms of pain and swelling eventually resolve spontaneously. However, the sensation of the knee ‘giving way’ or instability often persists when attempting to return to sporting activity.

Other symptoms include loss of full range of motion, inability to fully straighten the knee, pain with walking and tenderness along the joint line. These symptoms may also suggest concomitant injuries to the meniscus or articular cartilage.

An ACL reconstruction is a surgical procedure to stabilise the knee by replacing (reconstructing) the torn ACL with another ligament graft. The graft is taken from tissues around the knee, such as the hamstring tendons or patella (knee cap) tendon. An artificial tendon graft may also be used. ACL reconstructions are usually performed arthroscopically (ie. key hole surgery).